News » Super One – What a difference a day makes!

Super One – What a difference a day makes! 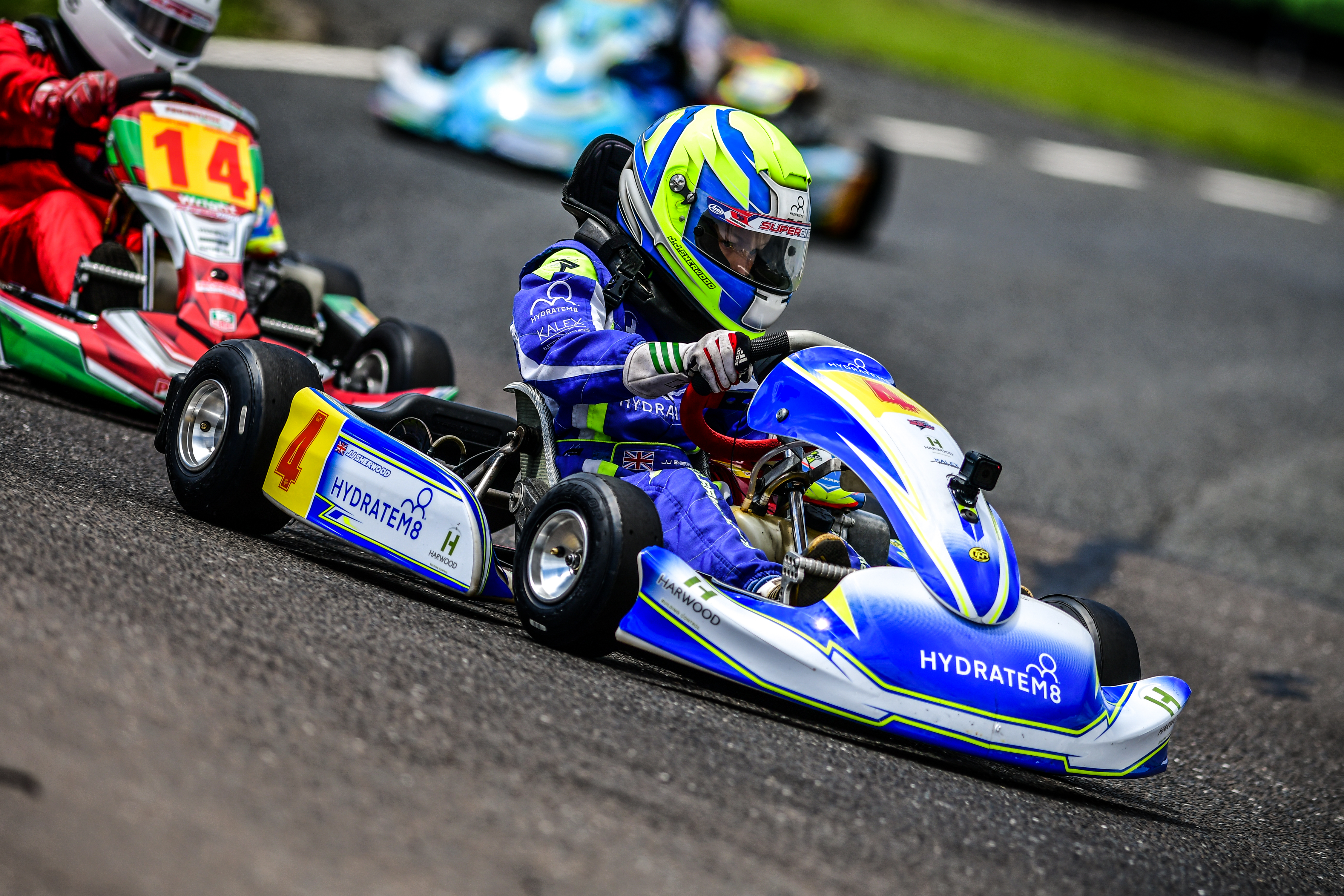 A double race weekend went from the best ever performance on the Saturday race to the worst ever luck on the Sunday race.

Saturday morning Jayden qualified on pole position out of 24 drivers, with the top 14 drivers being split by less than 1 second. This was his first Super One pole position, so he was overjoyed.

Starting in pole position for Heat 1 Jayden had a dominant performance leading from start to finish, taking the fastest lap, and picking up his first heat win in the Super One Championship.

Heat 2 was more of a challenge, at turn 1, Jayden got pushed wide on the runoff area dropping him down to 7th place. He fought back climbing up to finish 3rd.

Due to being top points scorer in the heats, he started the final on pole position for an Ambition Motorsport 1,2,3 lockout on the grid. After a fantastic start holding the lead, the race was red flagged by turn 3 due to a big accident at the start. The karts had to line back up on the grid for a restart and although Jayden got away again in the lead, after a very close three-way battle, he finished the final in 3rd, 0.2 seconds behind the leader.

It was the best performance of his cadet karting career so far, showing he can win against some of the best drivers in the county.

Sunday morning was a busy qualifying session. Every lap Jayden had traffic in the way and overtaking the slower karts was ruining his lap times. Due to this it put him out of position and 8th on the grid for both Heats 1 and 2. He was determined to work his way through the field but at the start of Heat 1, exiting turn 2 the kart beside us went airborne and punted Jayden onto the grass and down the bank. By the time he got back on to the circuit he had fallen back to 19th place and the leaders were long gone. After a spirited drive, making overtake after overtake Jayden managed to climb up to 11th by the finish.

Heat 2 and Jayden was looking to put his bad luck behind him and focus on moving from 8th on the grid to the front, but disaster struck on the formation lap to the grid as Jayden found his brakes had failed completely. With no brakes, all he could do at the start was to head back to the pits to retire. When he got the kart back to the service area the team stripped the brake system down to find a sticking piston in the calliper was at fault. Due to this DNF it lost him a heap of championship points which is very disheartening. Ambition Motorsport did an amazing job getting the brakes repaired and put back together just in time for the final.

Due to the brake issue in Heat 2 Jayden started the final 17th on the grid. He had a fantastic drive making lots of great overtakes to catch up to the back of the leading train of 10 karts, but ran out of laps to continue his progress, finishing 11th and only 2.7 seconds behind the leader.

The final two rounds of the championship are on 29th and 30th August held at Shenington Kart Club, a track that Jayden has never been to before, but with the support of the team Jayden will learn fast and give it everything he has got!