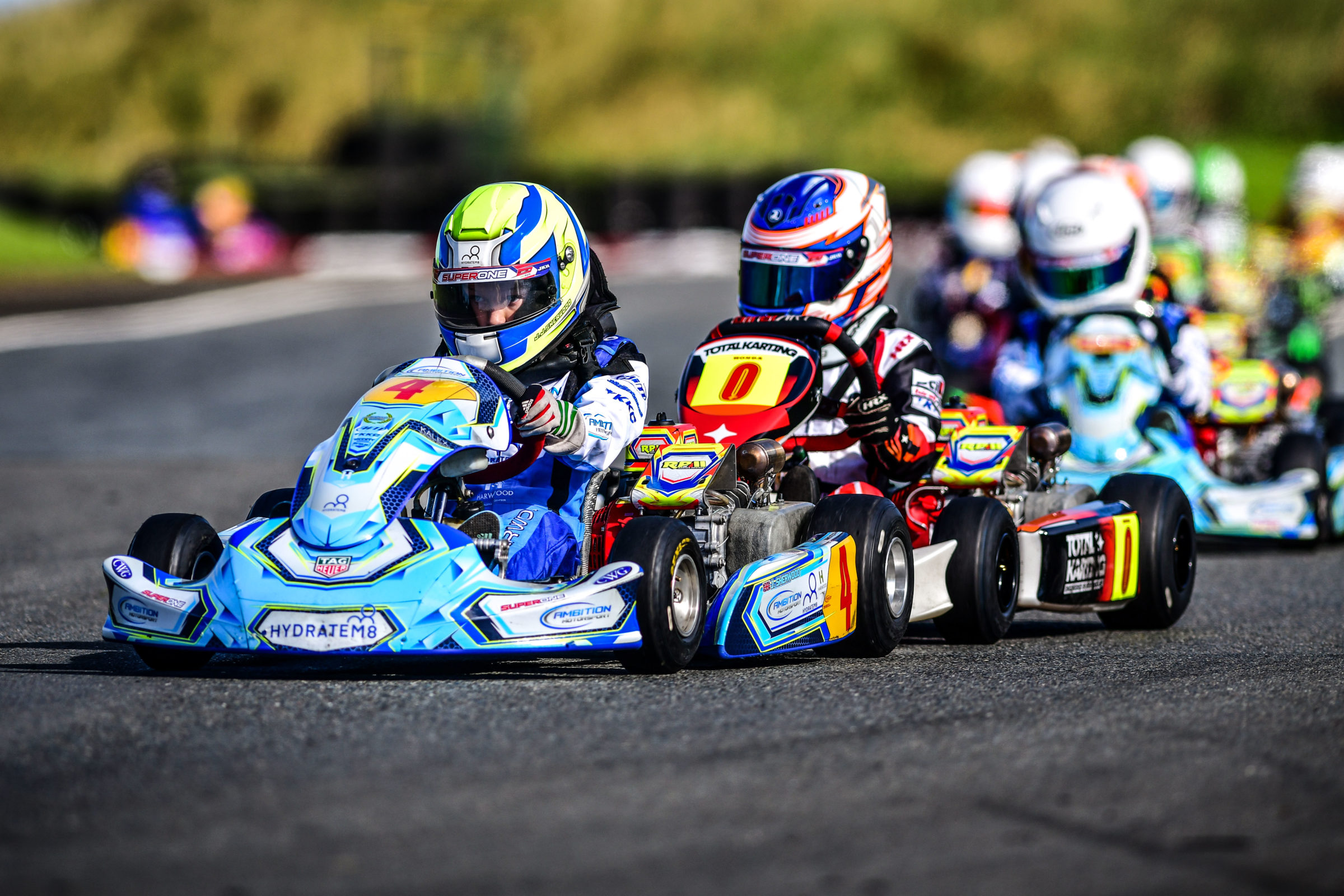 Super One – Round 4 – Shenington, Oxfordshire

The final two rounds of the Super One Championship were held at Shenington Kart Circuit.

Despite picking up some heat wins and podiums during the championship, after a DNF at Whilton Mill Round 3 due to a brake issue it dropped Jayden to 5th in the standings coming into this weekend.

On the sunny Saturday morning Jayden started the day with a bang, picking up his second qualifying Pole Position out of four rounds so far this season.

Heat 1 – Jayden had a great start and led the race for 9 laps. On the final lap his Ambition Motorsport teammate got past, with Jayden crossing the line 2nd, five hundredth of a second behind!

Heat 2 – Another great get away from pole position to lead the race. On lap 3, two karts got past Jayden, but it wasn’t long before he was back in the lead and controls the race to take the heat 2 Win! Picking up 34 important championship points, and fastest lap of the race.

The Final – Starting from 2nd on the grid the pressure was on to collect as many championship points from the double points final. Jayden was keeping cool and got a good start to retain 2nd place. At the chicane on lap 4 Jayden made a rare error, carry slightly too much speed, he overshot the corner and got thrown over the high curbs on the exit, this allow the pack behind to come past and Jayden found himself in 6th place. Giving himself some work to do, Jayden managed to push his way back to finish the final in 3rd place. He ended the day with a big points haul, closing down the championship gap to just 3 points away from 3rd in the standings. 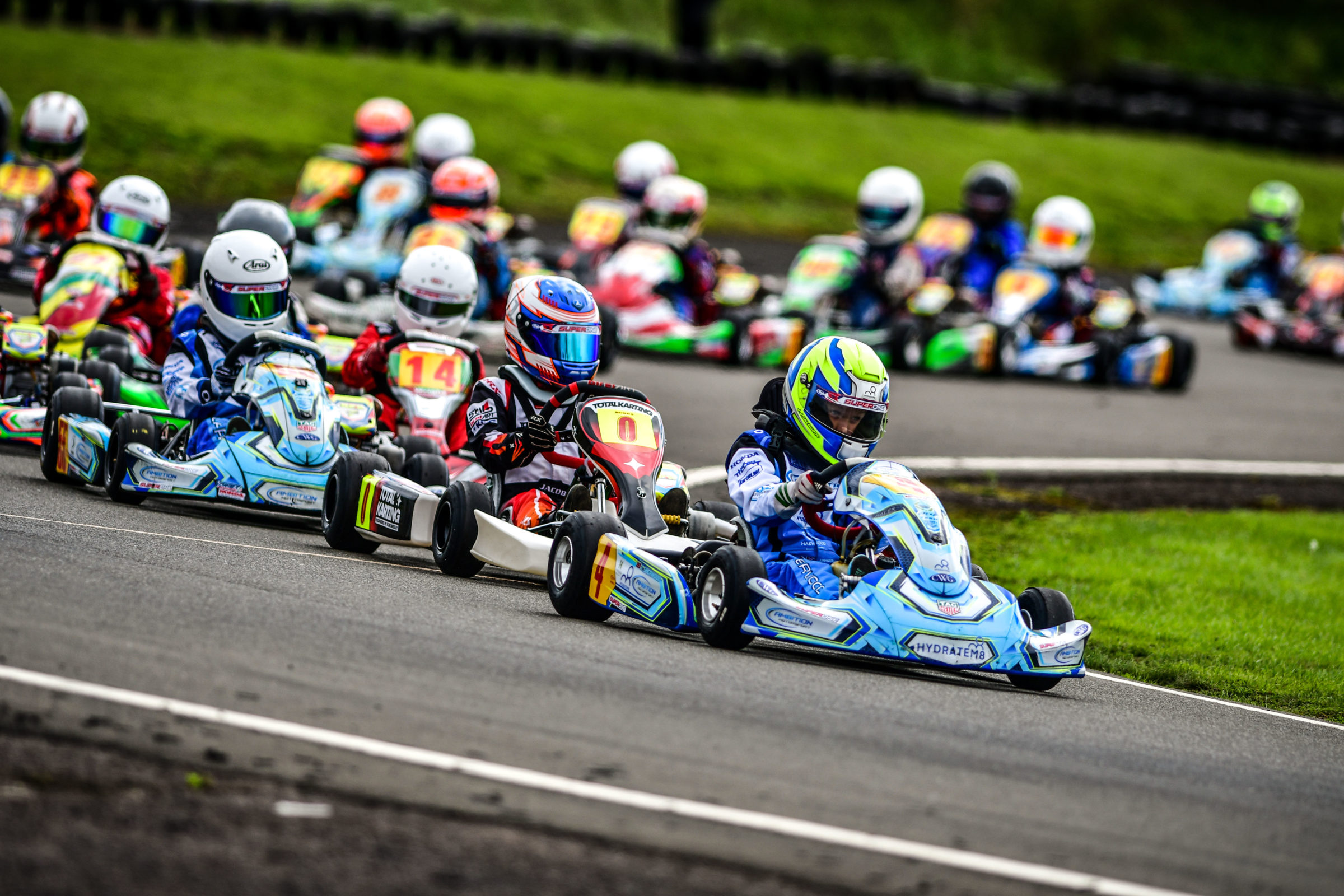 Super One - Round 5 - Shenington, Oxfordshire (Final Championship round)

Heat 1 – After a good get away from the start line Jayden headed down to the tight hairpin at turn 2 but got hit hard from behind by a championship rival which spun us out. This dropped Jayden all the way down to 19th place, and he could see his championship hopes slipping away from him through no fault of his own. On a mission to pick up as many championship points as possible Jayden had an amazing comeback driver making up 10 places to finish 9th.

Heat 2 – Starting from 3rd on the grid, Jayden got himself into the lead by lap 2, but after some close battles on the track, found himself finishing 5th despite setting the fastest lap of the race. With the championship fight so close, maybe Jayden was too focused on staying in front of his championship rivals which took his concentration away from the race itself. Time for a team talk with Ambition Motorsport boss Paul before the final, who sat Jayden down and told him to stop pressuring himself over the Championship, and just focus on the final race.

The Final – With the results from heat 1 and 2 combined, it meant that Jayden was starting down in 7th on the grid. But with a cool head, Jayden was focused and ready for the fight. He had some very close battles on the track and brought his kart across the line half a second behind the leader to finish 3rd. This great finish secured Jayden 3rd place in the 2020 Super One Championship by just 1 point over last year’s champion.

It’s been an amazing season for Jayden with early hopes of just making it into the top 10 in this extremely competitive championship, but to come away with 3rd in the championship is a massive achievement, along with picking up 2 pole positions, 2 heat wins and 3 podium finishes out of the 5 finals.

After finishing 3rd in the Super One Championship, Jayden is now seeded number 3, so will carry number 3 on his kart at all Super One races until the end of 2021.

Here at Harwood we are hugely proud to support Jayden and look forward to seeing him develop over the coming months.